skip to main | skip to sidebar


Wow, my first actual review in a very long time. I never really meant for this to be more than a year long endeavor, mainly I wanted to test myself to see if I could actually do it for a full year, I did and then some. But I was in my new favorite store (Forest Hill Wine and Spirits) and was having a hard time remembering if a had tried a few of the craft beers there, then I remembered that was a second reason for this blog, somewhere for me to write my thoughts on certain beers and if I liked them or not, a way to help me remember if you will. I also wanted another excuse to post a beer in one of my new MACON BEER CO. glasses, can you say awesome! Well, on to the beer. 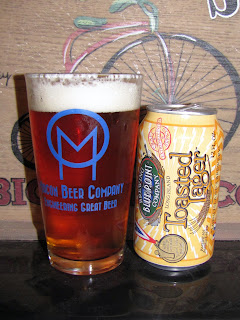 I have no clue what to expect as I have never heard of this beer before. I immediately think of Fat Tire when you say Toasted Lager, because to me, Fat Tire is a drinkable toasted biscuit. The color is a nice orange tan with a thick cream colored head. First impression is a slight toast flavor but more of a robust malt then it gives way very softly to a fine hop finish. Like any good Lager it is very drinkable, very easy going down, unlike a lot of Lagers though it still has plenty of flavors mixing in, really reminds me of a beer that you would want to drink while sitting by a camp fire in the middle of Autumn, but sitting on my back porch waiting for my grill to be ready in the middle of December will have to do. A sure sign of a good and fresh beer is the trace the head leaves behind as you drink it down. This one has enough on the sides of the glass I might want to scrape if off with a spoon as my ‘desert’.


As I drink more and more of this beer, it does start to have that toasty, biscuit flavor so often associated with Fat Tire. Now, in no way is it nearly as strong or prevalent but there is that hint of biscuit there, and Toasted Lager doesn’t seem as heavy either which is a plus for me, means I can drink more than just one. I also must say either I was thirsty or this was a very good beer because I think this may be the first time I have finished the beer before I finished the review. Check out the finished product. So all in all, this one is a two thumbs up beer. I would say see you next week but I don’t want to make any promises I can’t keep. 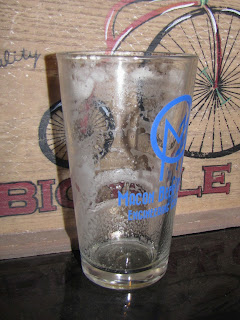 Posted by fourboysbrewpub at 4:32 PM

fourboysbrewpub
First and foremost, those who know me know my love of beer. So with this I would like to help others discover new and different beers; learn to enjoy a brave new world full of flavor and variety from those beers.